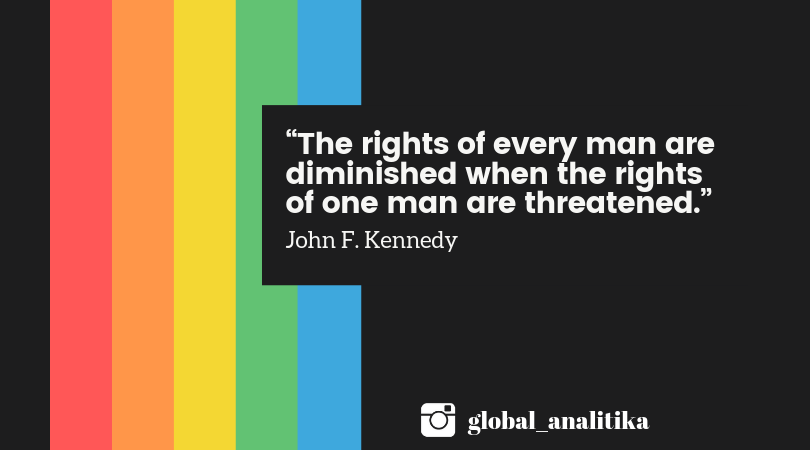 The recognisable acronym, LGBT, refers to the collectivity of lesbian, gay, bisexual,  and transgender individuals. LGBT social movements are committed to the equality and social acceptance of LGBT people. The first country to decriminalise homosexuality was France, back in 1791. Many international documents address this topic, including the United Nations.

The United Nations Declaration on Sexual Orientation and Gender Identity was presented on 18 December 2008 at the United Nations General Assembly by France and with the support of European Union. Declaration condemns violence, abuse, discrimination and prejudice based on sexual orientation and gender identity. Of the 192 Member States, 67 countries have signed the declaration, including Bosnia and Herzegovina.

History of Pride Parades in the world and in the Balkans

The Pride Parade is an annual celebration of the pride of the LGBT community. It is held every year around the world, usually in June, to commemorate the Stonewall riots that are considered the beginning of the modern LGBT movement in the world. One of the most recognisable symbols of the Pride Parade is the rainbow flag designed by Gilbert Baker for the San Francisco Pride Parade in 1978.

Speaking of our region, the first Pride Parade was organised in Serbia in 2001. On this occasion, several people were injured due to violence. Afterwards, the next parade was scheduled for 2004, but was canceled for security reasons. Due to strong opposition from nationalist, extremist and fan groups, pride parades were not organized until 2009. The last Pride Parade in Serbia was organised in June 29, 2019, and the organizers announced that they would gather again next year.

Montenegro got the first hay parade in 2013, despite the atmosphere of violence that followed its holding in Budva. The seventh Montenegro Pride will be held on September 21st this year in Podgorica.

There are several organizations in Bosnia and Herzegovina that work for and with LGBT population. Each of these organizations is focused on promoting and protecting human rights, culture, identity, and supporting LGBT population. In addition, they focus is on eliminating all forms of discrimination and inequality based on gender, sexual orientation, and gender identity. There are several of these organizations in Bosnia and Herzegovina: the Q Association, the CURE Foundation, the Sarajevo Open Center and the Okvir Association.

In 2008, the Q Association organized the Queer Sarajevo Festival. During the first day, they were attacks on participants by extremist individuals, injuring eight people. This Festival was the first LGBT event in Bosnia and Herzegovina, and Sarajevo.

The second public LGBT performance was organized by the Okvir Association in front of the Sarajevo Cathedral, entitled Transform Yourself. This performance wanted to pay attention to the stigmatization that is pervasive in our society.

The first Pride March in Bosnia and Herzegovina is planned for September 8th, 2019 in Sarajevo, and there has been published safety instructions. The Pride March will take place along Marshall Tito Street, from the Eternal Flame to the parliament square (the BiH Square).

Organisers about Pride march: „The Bosnian-Herzegovinian (BiH) Pride March is a protest against inequality and violations of the human rights of lesbian, gay, bisexual, trans, intersex and queer people. The Pride March is our way of fighting against widespread violence. It is our way of demanding equal access to public spaces that we are entitled to as citizens“.

Opinions about the Pride Parade are divided, but most citizens support it, while there are those who believe that the parade shouldn’t be held. The Office of the European Union in Bosnia and Herzegovina supported the commitment of the Sarajevo Canton authorities to ensure the peaceful holding of the First Pride March in Sarajevo, while United States Embassy to BiH said they supported the parade, its organisers and citizens who choose to participate.

The Islamic Community also shared publicly their opinion on the First Pride March in BiH, stating that homosexuality qualifies as a great sin in the sources of Islam and urges believers not to approach, but also emphasised that violence against any person, based on his or her personal belief and orientation, is not allowed.

The day before the First Pride Parade has been organised a peaceful walk to protest the announced Pride Parade. From the „Svjetlo“ Assotiation says they will never support what the LGBT population is promoting.

Different researches shows that there is some support for LGBT rights among young, educated, and urban respondents. Although most respondents do not think that LGBT people should live open and equal lives.

It can be concluded that opinions about the First Pride Parade in Sarajevo are divided. Viewed from a risk and safety perspective as taught by previous events, the possibility of sporadic incidents is not excluded.

Respecting the views of the US, and the EU, and the UN recommendations, and the fact that only B&H from the countries of the region does not have its own parade dedicated to the LGBT populations. It is necessary that the parade in Sarajevo should be held, above all, to make it visible that people are different, and that they should be free, and first of all, we must demonstrate that human rights are respected. Experience from Europe and the region shows that things are changing for the better after the first parade. It is important to raise citizens awareness of this topic and respect the rights of all citizens, regardless of their sexual orientation. 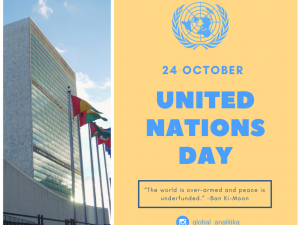 UN Day marks the anniversary of the entry into force in 1945 of the UN Charter. With the ratification of this founding document by the majority of its... 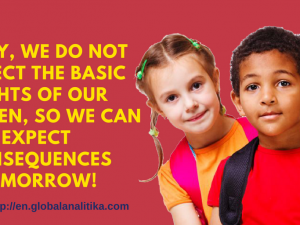 “The right to education is a fundamental human right, but many European countries continue to deny thousands of children, including children with... 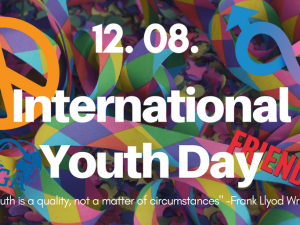 The world has never been so young and it is getting younger every day. The development of any society depends on how well it nurtures its young women and men...