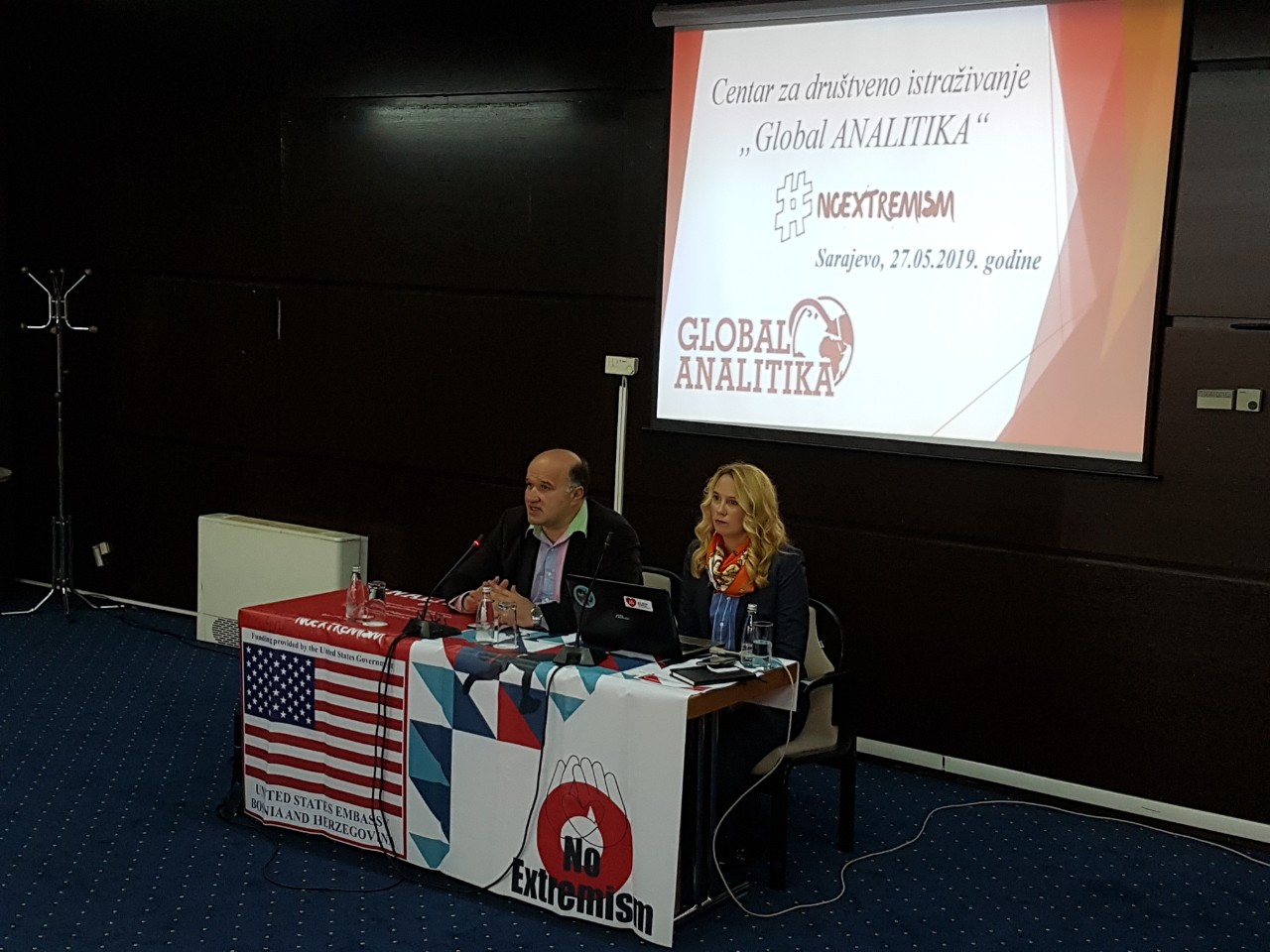 Center for Social Research Global Analitika from Sarajevo has organized a conference at the hotel Holiday for representatives from relevant institutions, NGOs and media. At the conference, Global Analitika has presented the results achieved by the project NO EXTREMISM, which was implemented throughout Bosnia and Herzegovina, with the support of the United States Embassy to Bosnia and Herzegovina.

Senad Pećanin, the moderator of this event, has emphasized that in BiH we witness many types of extremism, from political, through national, media, religious, educational, to academic.

– The special significance of this project is that it is oriented towards the youth, who are the most vulnerable category of our society in terms of extremism, due to the indoctrination they are exposed to, and the fact that the consequences of extremism youth feels the most. This is unfortunately witnessed by the data and facts about the number of young people who do not see their future here and for these reasons want to leave BiH – said Pećanin.

At the conference, as the final activity of the project, Global Analitika has presented the research results on the susceptibility of youth to influences of extremist ideologies. These research results have once again highlighted the importance of the non-governmental sector, a comprehensive and adequate approach in the preventive approach in countering extremism and radicalization. The research involving 356 young people, aged 18 to 25, was conducted in 16 municipalities and local communities, with an accent on locations where extremist behavior has already been recorded.

The principal investigator and expert for security issues, dr. Safet Mušić, during his presentation, has pointed out that according to the research results, over 80 percent of respondents do not understand the concept of extremism at all, nor perceive extremism as a negative phenomenon, nor as a phenomenon that could endanger the citizens’ security. Additionally, young people are unaware of the dangers of extremism and radicalization and the results have shown that young people do not even have information about existing prevention programs at all in their communities.

Furthermore, research respondents also accented that the activities carried out in their communities are not adapted to their age, but also that hate speech can be a new factor of radicalization, which is a newly established theory that is specific to Bosnia and Herzegovina.

During the discussion at the conference, the participants emphasized the importance of the participation of competent experts in this issue in dealing with young people, as well as the development of adequate and planned work in communities throughout Bosnia and Herzegovina, with the aim of strengthening the youth’s resilience towards accepting extremist ideologies.

In addition to the results of the research, Goran Bubalo, as the coordinator of the Peace Building Network, presented awarded winners of the literary and art competition, which included students from primary and secondary schools from all over Bosnia and Herzegovina. The winners of the art competition for elementary school students on the topic “Create Your Superhero” are the School in the Hospital (the regional department of elementary school “Vrhbosna” Sarajevo), Zijad Avdičević (Elementary School Teočak) and Ranija Čampara (Elementary School “Skender Kulenović” Sarajevo). While high school students for a literary competition entitled “Power of the Word for Peace”, Amar Kodro from Mostar, Dženita Ibišević from Srebrenica and Ema Brljak from Žepče.

The school in hospital, which exists for over 15 years within the Clinical Center of the University of Sarajevo, organized a reception of a delegation of the US Embassy to BiH and Global Analitika in order to give the award and discuss the importance of educational activities on non-violence and extremism directed at children, in general, as well as at the school in hospital.

TagsGlobal Analitika NO EXTREMISM PCVE Research US Embassy to BiH 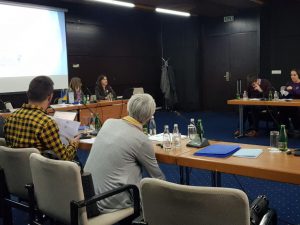 International Organization for Migration (IOM) has organized a workshop in Sarajevo from 17th to 18th January 2019 in the Holiday Hotel, which brought together... 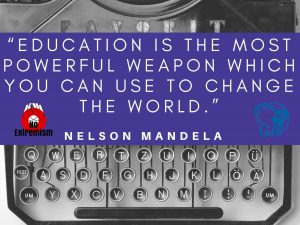 The role of education in preventing violent extremism and radicalism 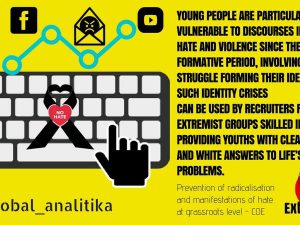 Hate speech as a new motivational factor of radicalization

Nowadays, when globalization and computerization have penetrated into every corner and sphere of life, there have been some negative consequences that have...